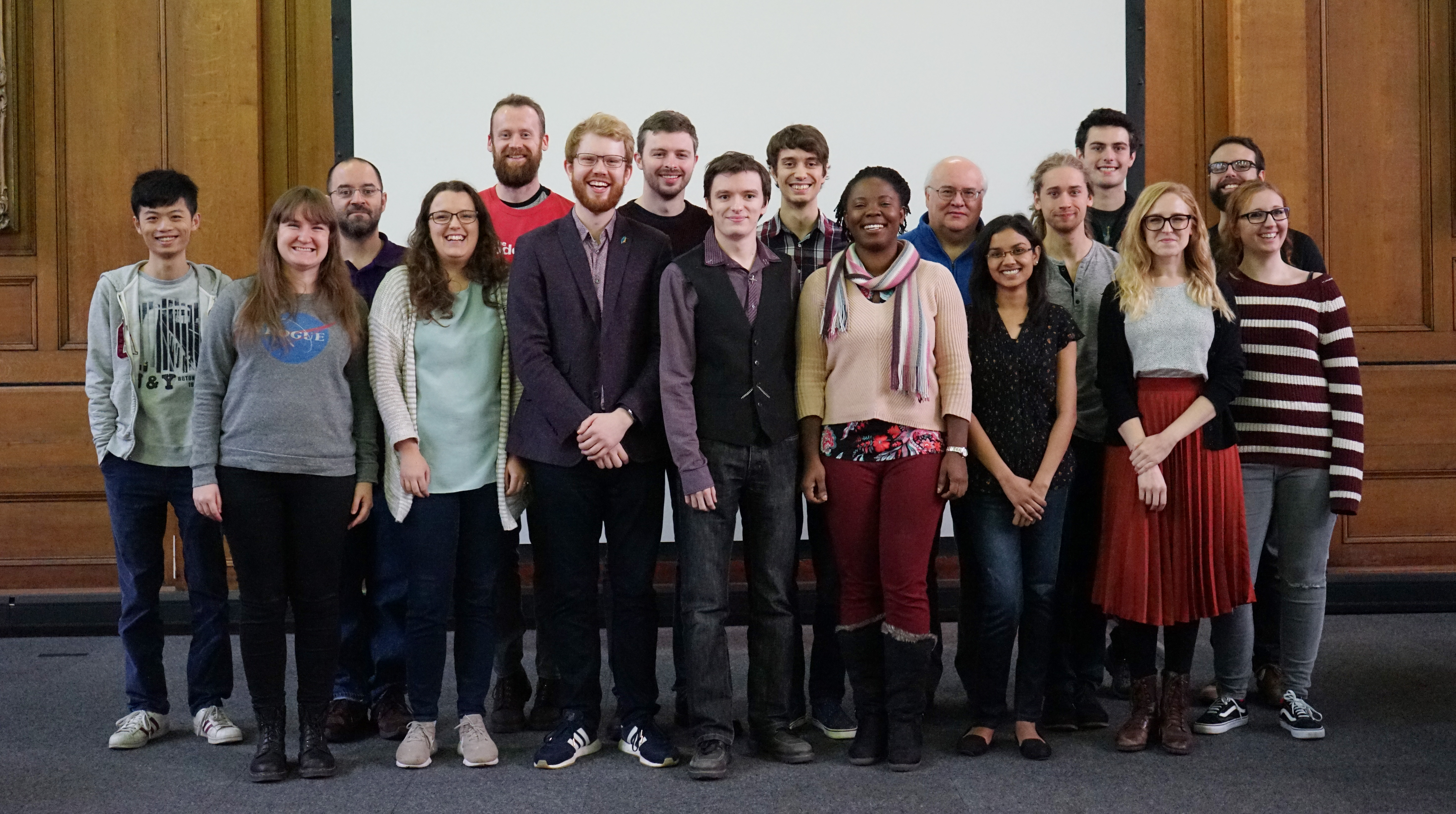 The Jodcast is a volunteer podcast about astronomy set up by astronomers based at the University of Manchester's Jodrell Bank but aims to cover astronomy carried out all over the Earth and beyond. A podcast is a combination of downloadable audio programmes (usually saved as an MP3) that you can subscribe to. You can listen online, on your MP3 player, burn it to a CD or even a cassette tape.

The Jodcast is released (except where stated otherwise) under a Creative Commons Attribution-NonCommercial-ShareAlike 2.0 England & Wales Licence so you can take it away and create stuff with it. If you do amazing (or even slightly interesting) things with our podcast we would love to hear about it. So far Jodcast listener Gurdonark has created the Jodsong. We also keep a list of links to other astronomy-based webpages, although we can't guarantee it's up to date!

When is the Jodcast released?

A new programme is released near the start of each month. When we have content, we also release an "extra" show in the middle of the month.

Where is it based?

We are based at Jodrell Bank Observatory in Cheshire and at the Jodrell Bank Centre for Astrophysics in Manchester. However, we will talk to astronomers based anywhere. If you happen to be an astronomer, why not drop us an email and we might interview you - however, we have a limited budget so if you live far away it will have to be via telephone or Skype.

We also have regular contributions from the Carter Observatory in Wellington, New Zealand.

Why make a podcast?

As astronomers we love astronomy. We also love to tell other people about the things that interest us. Podcasting is a way to share our love of astronomy with a wider audience. When we started in early 2006 there were already a handful of astronomy podcasts in existence but we thought we would add our own international range of accents to the mix. We will also cover some aspects of astronomy that the others don't.

Why did we choose the name 'The Jodcast'? The name arose because Tim wasn't listening properly when Stuart was explaining what a podcast was. We know it is cheesy but we like it.

Why do we say "Jod on!"? The term was coined by one of our listeners - Susan M. Lockwood - in an email. We liked it so much that we started using it ourselves.

The Jodcast is made by the efforts of many people and full credits for each show can be found on the individual show notes pages.

How is the Jodcast made?

The Jodcast is created by the hard work of many people who do this in their spare time. Despite our time being free, equipment and travel isn't. During 2007 the Jodcast was proudly supported by grants from the Science and Technology Facilities Council and the Institute of Physics. These grants were used to buy some portable recording kit, and to make a special "Best of 2006" CD-ROM which we distributed to schools and educational groups. A second grant from STFC in 2008 was used to create video episodes of the Jodcast. A third grant from STFC in the latter half of 2009 kept the Jodcast going through to mid-2010.

The audio is brought together using the free software Audacity with the late Chris Capel's Dynamic Compressor plugin (following advice about the audio in Nov 2007 by listener Matt). The video is edited and produced with Adobe CS3 (thanks to STFC). The website is lovingly hand-crafted in HTML, CSS and XML. The high/low bandwidth versions and individual segments are generated automatically using a combination of Sox and LAME. A combination of Python and Perl are used to add the ID3 tags, keep the RSS updated, and allow searching.

Perl used to be able to "do everything except make a nice relaxing cup of tea", but the new kids prefer Python. Python also cannot make tea.

Since 30 December 2008 our HD video feed has been using the Coral CDN to reduce the hammering our server was taking from the Miro Desktop client.